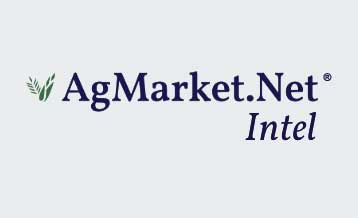 It was a day of no bullish news, higher than expected ratings, and a cooler weather outlook as corn closed -.0575 at 4.3525 for September futures. Corn was pressured all day but started to climb back until Trump announced a trade deal has a long way to go and he could impose more China tariffs while continuing to complain that China is not ramping up U.S. farm purchases. The 6-10 and 8-14 show cooler temperatures that the market is focused on, but there is a chunk of corn in the western Corn Belt that includes Western Illinois that is pollinating under an excessive heat watch that last from tomorrow through Saturday. Farmer selling remains slow, did see some commercial selling past couple of days which is probably the reason for the touch softer basis. Feels weaker in the west but still seeing pushes in the east. If $5.00 corn isn’t going to buy corn for them not sure what will. Additionally, there is supposedly another round of MFP payments that should be going out in the next couple of weeks, that won’t help the basis where guys are hanging on tight.

Beans defensive for most of the day on tweets from Trump that suggested negotiations with China were moving slowly.  SX closed down 14c, after a 16c trading range and 4c off lows on the day.  SX closed through the 100 day (908 ¾) with only the 50 day (892 ¾) in sight.  In addition, maps appeared to show normal temperatures and rainfall in deferred maps.  Stronger freight costs to China are given the credit for weaker Paranagua premiums as they slid 8c.  Brazil bean exports totaled 1.7 mmt for last week which brings the total for July to 3.46 mmt.  An additional 3.88 mmt is scheduled to leave by the end of the month which would bring the monthly total to 7.34 mmt.  Brazil shipped 10.2 mmt in July of last year.  Interesting to see the number of hogs sent to slaughterhouses in China down 21.62% from a year ago to 638,000 in Q2 this year as reported by Cofco meats.

The wheat complex treaded mixed and closed lower but only by one to three cents and that looked strong versus the other commodity markets. WU finished a ¼ cent lower at 5.07 ½ trading down through the 50-day moving average for the first time in two months. KWU was 2 ¾ cents lower at 4.46 ¼. Corn was lower and is seemingly all that is needed for wheat to be down as well. Winter wheat harvest continues now at 57% and spring wheat conditions are improving with a weather forecast that looks cooperative. Rosario grain Exchange joined the group mentioned yesterday to upgrade the Argentine wheat estimate to 21.5 mmt. The USDA was 20. US wheat remains high priced with SRW $28 above Black Sea 11.5 pro, and HRW is $16 above Russian 12.5 pro. Wheat most likely remains dependent on corn for support if it is to see any.