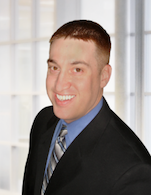 Jacob joined AgMarket.Net, the farm division of John Stewart and Associates, as a hedging strategist during 2021. He was previously at First Capitol Ag and Kluis Commodity Advisors.

Jacob was born and raised in Benton, AR. He earned his BS degree in Agriculture Business from Arkansas Tech University and earned his Masters in Business Administration from Southeastern Oklahoma State University.

He has always been very involved in rodeo. Jacob began steer wrestling along with his dad and two brothers while in high school. He continues to rodeo regionally. In 2007 and 2008, Jacob was the Great Lakes Circuit Champion Steer Wrestler. He represented the Circuit at the ’08 and ‘09 Dodge National Circuit Finals in Pocatello, Idaho. In 2016 the highlight of Jacob’s career came when he qualified for RFDTV’s The American Rodeo in Cowboy Stadium, Dallas

In 2013, Jacob joined the bench coaching High School girls basketball program and in 2021 began helping on the football sidelines .Jacob also serves on the Wisconsin High School Rodeo Board of Directors and serves as an Elder at the Lancaster Presbyterian Church.

While competing in college rodeo he met his wife, Sara and they now have two beautiful girls, Bridee and Lainee. Sara is the director of Education at the Boutique Hub.  Both girls excel in sports and rodeo.  In 2022, Bridee will be joining the Idaho State University Bengals to play basketball.