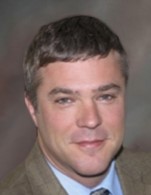 I hope you have had a great week so far. I know there’s a ton going on in and around our world right now, but for those of us in agriculture, some good things have certainly been happening. While instability seems to be the name of the game at the start of 2021 for many parts of the world, serious stability has crept into the ag sector to close out the 2020 crop year and open things for 2021. With all of the producers who I talk to, it’s apparent enthusiasm is high. This winter has a much different feel than what we’ve seen these last several winters. Heck, it’s more fun talking to producers about marketing plans and such when there appears to be solid profit margins for the taking. Please let me know if I can help you in any way. I appreciate the feedback regardless. mbennett@agmarket.net

The corn and bean markets had another great day, as has been the case for it seems like forever now. What a blessing to see these markets rally like this! With Brazil getting some rain while parts of Argentina remain on the dry side. With major unrest in Argentina, it’s been a struggle to get corn or bean meal out of the country. With their farmers concerned about inflation, they don’t seem willing to let go of their crops too easily. While our markets are extremely overbought, buyers remain active, but I’d expect some profit-taking going into Tuesday’s report. Given how much money has been made of late from the long side, it’s hard to imagine we wouldn’t see some selling in the next three sessions. Outside markets were mixed in their contribution to the ag markets on Wednesday. With Feb crude up 70 cents on the day, we closed at $50.63. The Dollar settled .093 higher at 89.502. The DOW ended the day 435 points higher, setting at 30,720.

Corn – The corn market was trending higher on the overnight session as buying continued in the commodities. While the day session saw a sell-off, corn clawed back with the March contract settling at $4.95, up 3 ¼ cents. This was 7 ¾ cents off the high and 3 ½ off the low of the day. The EIA report from the Department of Energy showed corn usage for ethanol up a shade at just over 94.5 million bushels on the week. With ethanol stocks off a bit from a week ago, they were still higher than last year. Either way, it’s nice to see stocks coming down a bit. This corn market has certainly been impressive…not as much as the bean market, but this is the best move we’ve seen in 7 years. With US carry projected by many analysts, including me and my team, at around 1.5 billion bushels, this is less than 50% of what many in the industry were suggesting just one year ago for this marketing year. It really has been amazing the reversal of fortunes. We have to realize this isn’t going to last forever, though. Could we go up another dollar? Heck yes…but at the same time, if we aren’t managing risk after a rally of almost $2 already, I believe we haven’t learned a thing over the last few years. Locking in profit margins is good business…after the last few years of tight margins, we should all be good enough businessmen and women to know when there’s profit on the table and incrementally lock some in.

Soybeans – Soybeans had an overnight session where gains built throughout the session. While we settled 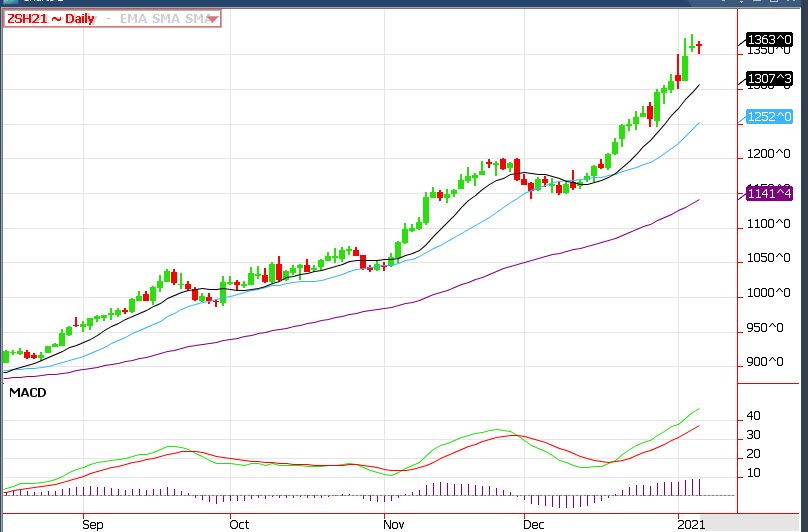 strong in the day session, we were a bit off the lows, with Jan beans closing at $13.65 ¼, up 15 ¼ cents. The close was 11 cents off the high and 5 ½ off the low of the day. The bean market shows no signs of letting up. While South American weather forecasts have improved, many in and around the market feel enough damage has been done in Southern Brazil as well as much of Argentina to seriously affect production. It’s hard to believe, but beans have rallied over $5 since early August. It really is incredible…but to go along the same line of thinking as we did in corn, some in the industry felt we’d see a billion+ carry for this marketing year…again, just a year ago. As producers, we get a bit gun-shy when we see how much this bean market has moved and what cash beans are worth. It makes us hand-cuffed when considering new-crop sales. However, if we’re looking at this from a profitability standpoint, it’s an easy call to lock some profit margins in. Be proactive about selling in increments as this market rallies…at these levels, it should be easy to lock in some black ink.