I hope you’re ready for this year to be over with. I know many are, but more importantly, we all have much to do in order to close out the 2020 books and get ready to start new ones. With the craziness from 2020, we can always hope for a smoother 2021. Around our place, my son Beau is still with his sister Autumn in Anchorage. In fact, they facetimed me from the top of a mountain on Tuesday, which was simply amazing. The technology we have these days is something to behold for sure…while her connection went in and out, most of the time I could see them as well as snow-capped mountains in the background. One thing about Beau being gone though, is I have to do all the cattle chores without him around. While we only have about 30 cows, between our cows, show-calves and chickens, we have plenty to do every day. If you know my son, don’t boost his ego too much 😊 but it’s about time to get him back! Stay in touch. I enjoy hearing what is going on around your place. mbennett@agmarket.net

The corn and bean markets had a quiet to lower overnight market after a massive rally on Tuesday. While beans rallied 40 cents on Tuesday and corn had been up 15 cents between Monday and Tuesday, on Wednesday, corn was the star of the show. While beans were up, they were up a fraction of the previous day, while corn posted bigger gains than beans for the first time in awhile. With continued talk of hot and dry conditions in Argentina, 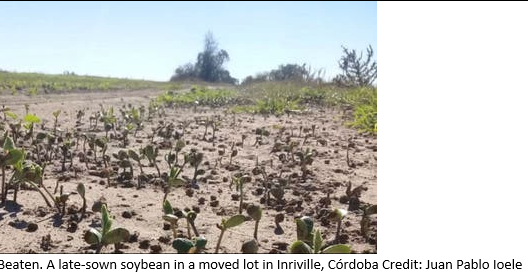 traders keep bouncing around talk of increased exports and lower carry-out levels. Outside markets were certainly supportive to the ag markets on Wednesday. With Jan crude up 40 cents on the day, we closed at $48.40. The Dollar settled .269 lower at 89.649. The DOW ended the day 642 points higher, setting at 30,302.

Corn – The corn market was lower on the overnight session, seeming to take a breather from the solid gains from the previous two sessions. The day session saw a reversal of fortunes as March corn raced higher again, settling up 8 ½ cents at $4.74 ½. This was a penny and a half off the high and 12 ½ off the low of the day. The EIA report from the Department of Energy showed corn usage for ethanol down around four million bushels at just under 94.5 million bushels on the week. With ethanol stocks staying at higher levels than the previous week as well as last year, concerns over people not driving as much remain. The big news for the corn market on the day was when Argentina announced they wouldn’t be exporting any corn until the new crop arrives in March due to how tight their situation is currently. This prompted talks of US corn, which is still the cheapest available, continuing to see strong demand. My gut on corn tells me we can keep on trucking, but at the same time I like getting a few bushels sold here and there. With Dec21 settling at $4.33, these are some of the best prices we’ve seen at this time of in a long time. Whether selling cash or new-crop, I don’t think a person can go wrong as it’s certainly going to be profitable. I personally like keeping corn ownership but taking risk off the table here and there makes good sense.

Soybeans – Soybeans had an overnight session mostly in the red as well but was able to find positive territory during the day session. January beans settled up 8 ¼ cents at $13.33 ½. The close was 5 ½ cents off the high and 20 ½ off the low of the day. The bean market, which was trying to take out $12 just two weeks ago, has now rallied up and past $13. With the worker strike ending in Argentina this week, it appeared we might take a breather…however, money continues to flow into commodities, driving prices to levels not seen in several years. With front months over $13 and Nov21 over $11, I struggle to be bullish. However, I could see beans continuing to rally. So, what do we do? If a person wants to stay long, do so with a limited-risk position. Also, don’t be afraid to sell some beans at wildly profitable areas. If we can take some risk off the table here and there and stay flexible in our plan, it would be the best business decision we could make as far as managing risk is concerned. Let us know if you’d like some help with your marketing plan.

Call us if you want to talk positions or strategy…or simply bend my ear.  If you want more information on the markets, be sure to visit my team’s website at  https://agmarket.net/