Chinese Ag futures (September) settled down 4 yuan in Soybeans, down 6 in Corn, down 20 in Soymeal, down 28 in Soyoil, and down 30 in Palm Oil.

The Malaysian Palm Oil market was down 2 ringgit at 2,014 (basis August) on lack of trade interest.

The U.S. Midwest weather forecast had no major changes as the wet pattern looks to continue across much of the Midwest through the weekend and through next week—temps will be warming west to east from below average to average with some above average temps in the east through next week.

The Southern U.S. Plains has a wet pattern continuing through the weekend; next week looks quieter with some hit and miss rains before another system develops by the end of next week—temps will be below average warming to average next week.

The Northern U.S. Plains continues with a wet pattern through the holiday weekend but things look to turn quieter across the region next week—temps will be running below average.

The U.S. Delta and the Southeast will see a drying trend during the next two weeks

U.S. President Donald Trump on Thursday predicted a swift end to the ongoing trade war with China, although no high-level talks have been scheduled between the two countries since the last round of negotiations ended in Washington two weeks ago

—The Trump administration on Thursday unveiled a $16 billion farm aid package to offset losses from a 10-month trade war with China and said payment rates to farmers would be determined by where they farm rather than what crops they grow; total aid package $16 bln, $14.5 in direct payments; first tranche of payments expected by early August; total of up to $28 bln for farmers authorized since last July

Wire story reports the U.S. Department of Agriculture on Thursday laid out its much-anticipated aid package for U.S. farmers to compensate them for losses due to recent trade conflicts, particularly with China; this led market participants to believe that planted acres may not fall as much as expected despite the extreme weather that has afflicted farmers this spring; excessive rain has caused U.S. planting to fall seriously behind schedule; farmers still had 116 million acres of combined corn and soybeans left to plant as of May 19, far more than they ever had on the date; the previous high was 91 million acres in 1995 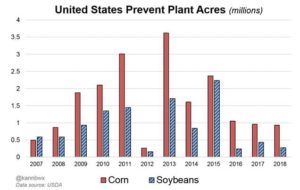 For the week ended May 16th, U.S. All Wheat sales are running 8% ahead of a year ago, shipments up 6% with the USDA forecasting a 3% increase on the year

—By class, HRW wheat sales are unchanged, shipments 10% behind with a USDA forecast of a 12% decline

U.S. Corn sales are running 11% behind a year ago, shipments 6% ahead with the USDA forecasting a 6% decline on the year

U.S. Soybean sales are running 17% behind a year ago, shipments 25% behind with the USDA forecasting a 17% decline on the year

—Soymeal sales unchanged on the year, shipments 3% ahead with a 2% decline forecasted

—Soyoil sales 19% behind a year ago, shipments 10% behind with a 12% decline forecasted

The U.S. Coast Guard said it has closed the Mississippi River near St. Louis to boat and barge traffic on Thursday for the second time this month due to high water and strong currents on the major shipping waterway; the river – a key transportation artery for shipments of grain, agricultural chemicals, energy products and other commodities – is closed from river mile marker 179 to 184; an outright halt to barge traffic through the busy St. Louis harbor, where grain elevators load barges and assemble larger barge tows bound for Gulf Coast export terminals, represents the latest blow for the U.S. agriculture industry already reeling from a nearly year-long trade fight with China.

The U.S. Environmental Protection Agency plans to unveil a narrowed-down version of its proposed biofuel credit market reform this month after regulators concluded many of the agency’s initial ideas required more time to study; President Donald Trump had instructed the EPA to develop the plan to reform the multi-billion-dollar market as a way to help the oil refining industry, which had long complained that speculation was driving up costs for the credits they must acquire to comply with the nation’s biofuel law.

—seeding progress is quickly advancing across the province, thanks to very few disruptions in the weather and relatively good seeding conditions; seventy-three per cent of the crop is now seeded, up from 38 per cent last week and well ahead of the five-year average (2014-18) of 59 per cent for this time of year; crops are slowly emerging, but are mostly in good condition despite the lack of moisture

China will start work on clinical trials of an African swine fever vaccine, state media said, as the disease continues to spread; state-owned Harbin Veterinary Research Institute has found two vaccine candidates, proven in laboratory tests to offer immunity to the disease; in the next step, the Chinese Academy of Agricultural Sciences will accelerate the progress of pilot and clinical trials, as well as vaccine production; however, scientists who work on animal vaccines have sounded a note of caution, saying that developing and launching an effective vaccine would be difficult.

—The Agriculture Ministry said on Thursday it expected Russia’s 2019/20 grain exports at 45 million tons, including 36 million tons of wheat

Farm office FranceAgriMer estimated in a weekly report on Friday that 79% of French soft wheat crops were in good or excellent condition by May 20, unchanged from a week earlier; that was also the same score as estimated for soft wheat crops at the same stage last year

Selected highlights from a report issued by a U.S. Department of Agriculture attache in India:

—The Indian Meteorological Department (IMD) forecasts a near normal Southwest Monsoon for 2019 suggesting that June to September rainfall is likely to be 96 percent of the Long Period Average (LPA); the onset date of the Southwest Monsoon is forecast for June 6, which is a delay of five days

Indonesia’s palm output in April likely rose from a month earlier, while exports edged lower, according to a survey

—Exports were estimated at 2.91 million tons in April, down slightly compared to those in the previous month

—At the end of April, palm oil stocks were pegged at 2.51 million tons compared to 2.40 million tons a month earlier.

—Data from Indonesia’s largest palm oil association GAPKI showed March’s exports at 2.78 million tons and palm stocks at 2.43 million tons at the end of the month 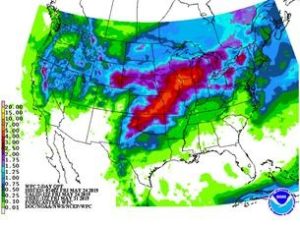 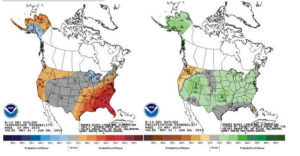