Wheat prices overnight are up roughly 2 cents in the SRW Wheat, up 1 in HRW, and up 3 for HRS; Corn is up 2 cents; Soybeans down 1; Soymeal unchanged, and; Soyoil down 5 points.

Chinese Ag futures (September) settled down 31 yuan in Soybeans, down 9 in Corn, up 15 in Soymeal, down 4 in Soyoil, and unchanged in Palm Oil.

The Malaysian Palm Oil market was down 22 ringgit at 2,083 (basis August) mostly on trade positioning.

The U.S. Midwest weather forecast has a backing down of the rains; but systems will be coming through the region looking to favor the south through the end of next week—-temps are seen below average through the weekend.

The Southern U.S. Plains looks to have above average precip over the next 10 days—temps running below average.

The Northern U.S. Plains has changed to a drier pattern—temps running average to below for the short term turning to average to above into next week.

The U.S. Delta and the Southeast will continue to dry down with dryness expanding in the Southeast; a little counter to the NOAA maps.

The 11 to 16 Day Outlook has ridging producing below average precip and above average temps in the Plains and Midwest the first half of the period; then a breakdown of the ridge bringing moderate rains the second half of the period.

There were changes in registrations (SRW down 148 contracts)—

In tender activity—Jordan reissued a tender for 120,000t optional-origin wheat—

North American rail traffic fell a sharp 5.1% last week, as relentless severe storms and flooding continue to disrupt freight service, the Association of American Railroads said; carload volume for the week ended May 25 on 12 reporting U.S., Canadian and Mexican railroads fell 3.6%, while intermodal traffic fell 6.7%; North American rail traffic was 1.2% lower in the week ended May 18; for the first 21 weeks of the year, North American volume is down 1.5%, compared with a year-to-date decline of 1.3% reported a week earlier.

CME RAISES CORN FUTURES MAINTENANCE MARGINS BY 15.8% TO $880 PER CONTRACT FROM $760 FOR JULY; SAYS ALL INITIAL MARGIN RATES ARE 110% OF THESE LEVELS; SAYS RATES WILL BE EFFECTIVE AFTER THE CLOSE OF BUSINESS ON MAY 30

Ukraine’s grain exports have risen to 46.1 million tons so far in the 2018/19 season compared with 36.4 million tons at the same point last season, the agriculture ministry said; exports could rise to about 49 million tons in the season that ends in June from 39.4 million the previous season; Ukraine had exported almost 27 million tons of corn and 14.9 million tons of wheat as of May 29

Hot, dry weather will persist across Australia’s east coast for at least another three months, the country’s weather bureau said, in a forecast that threatens to severely crimp agricultural production; there is just a 30% chance that Australia’s east coast will receive average rainfalls between June 1 and Aug. 30; while the dry weather will grip just the east coast, the bureau said there is at least a 70% chance that the entire country will record warmer than average temperatures over the next three months; the forecast would extend drought conditions that have devastated agricultural production across Australia’s east coast into a third year. 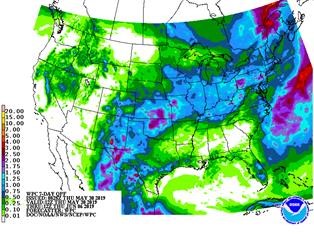 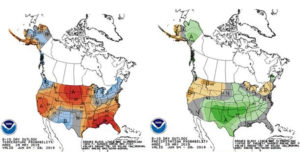 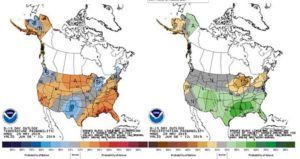